The Order of Colours 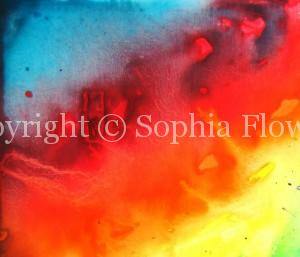 I was asked in Painting Class the other day how to avoid colours becoming muddy when placing on the canvas and what was the order.

At the beginning, it’s best to think like a rainbow.  For example, if we’re wishing to have yellow and blue in the same sky, add some red in between those two colours so it doesn’t become too green.  The red mixed with blue becomes lavender and mixed with yellow becomes orange.  It’s good to keep the following in mind – blue, (lavender), red, (orange), yellow, (green), blue.  As a person becomes more experienced the adding of colour becomes instinctive and to have a few unusual colours materialising adds originality.

email
We use cookies to ensure that we give you the best experience on our website. By clicking OK you confirm you agree to this, alternatively click read more to view our privacy policy.OKMore